On February 28, 2017, International March of the Living co-sponsored a Holocaust Educational Symposium on the Nuremberg Laws and the Nuremberg Trials, held at Loyola Law School of Los Angeles, in cooperation with the International and Comparative Law Review and Loyola Center for the Study of Law and Genocide, featured several high-profile thought-leaders and agents of change in the modern application of the lessons learned from the Holocaust.

The program also featured a panel on the “Contemporary Tragedy of Genocide,” where Ms. Bryce discussed her prior experience performing humanitarian aid work in Sudan and South Sudan and Ms. Umunyana shared her account of surviving the Rwanda genocide when she was four years old.

The Symposium evolved from a combination of two previous programs put on by each of the two co-sponsors. Loyola Law School’s International and Comparative Law Review hosted a Nuremberg Symposium on November 20, 2015 commemorating the 70th anniversary of the Nuremberg Trials. The International March of the Living sponsored the Nuremberg Symposium at Jagiellonian University in Krakow, Poland on May 4, 2016, chaired by Professor Alan Dershowitz, Former Canadian Minister of Justice and University of McGill Professor Irwin Cotler and Richard D. Heideman. See below for more info on the 2016 Symposium.

In connection with the Symposium, Loyola’s International and Comparative Law Review published a “Special Edition Vol. 39: The Nuremberg Laws and the Nuremberg Trials,” which includes articles submitted to the Law Review by leading scholars on Holocaust and international law, as well as transcripts from the presentations delivered at the International March of the Living’s Nuremberg Symposium at Jagiellonian University.

MESSAGE FROM THE 2016 SYMPOSIUM CO-CHAIRS 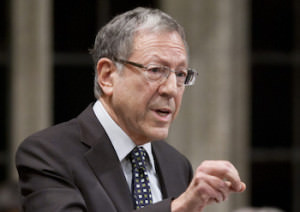 “In 2016, let us commemorate two anniversaries – the Double Entendre of Nuremberg – the Nuremberg of Jackboots and Hate, and the Nuremberg of Judgements and Principles. May this be not only an act of remembrance for the victims of racism and antisemitism – and of horrors too terrible to be believed but not too terrible to have happened; but may this also be a remembrance to act – so that we are each, wherever we are, the guarantors of each other’s destiny.

This is what the struggle for human rights and human dignity – and anti-racism and anti-hate – is all about.” 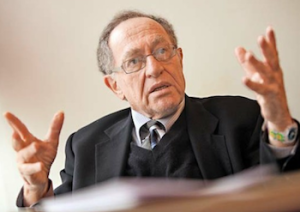 80 Years Since the Implementation of the Nuremberg Laws

The anti-Semitic Nuremberg Laws were originally passed in 1935, at a special Reichstag session held in Nuremberg, Germany, which was also the site of some of the Nazi Party’s annual propaganda rallies. The Nuremberg Laws were fully and consistently implemented in Nazi Germany after the 1936 Berlin Summer Olympics. The laws, among others, removed citizenship from Germany’s Jewish population (based on Nazi invented racial criteria), restricted the employment of “Aryan” Germans in Jewish households and forbade sexual relations between Germans and Jews. These laws were enacted along with a host of other discriminatory, anti-Semitic measures. While no one imagined the horrors that were to follow, these laws were the foundation for the increasing persecution of Germany’s Jewish population that would eventually encompass all of Europe and result in the murder of 6 million Jews.

70 Years Since the Nuremberg Trials

Described as “the greatest trial in history,” the international Nuremberg Trial, the Allied-led IMT, saw 21 of the most important political and military leaders of the Third Reich pros- ecuted. The defendants included such infamous Nazis as Hermann Göring, Hans Frank, , Rudolf Hess, Joachim von Ribbentrop, Albert Speer and Julius Streicher.

The second set of trials - twelve in all - were the American-led Nuremberg Military Tribunals, which included the Doctors’ Trial, the Judges’ Trial, and the High Command Trial, and saw the prosecution of close to 200 formerly high-ranking German of cials and business leaders.

Although many culpable persons were never brought to justice at Nuremberg or elsewhere, the Nuremberg Trials adjudicated many of the most culpable and developed the evidence that allows history to understand the scope of Nazi crimes, including the Holocaust. Nuremberg also gave rise to important principles, including that the claim of “just following orders” is not acceptable as a defense in criminal cases.

In 1950, a United Nations committee codi ed Nuremberg Principles that are, alongside the records and precedents of the Nuremberg trial judgments themselves, important components of international law today.

Respected Jurists, distinguished legal scholars, and political leaders from around the world gathered in Krakow’s Jagiellonian University to discuss the historical legacy of the Nuremberg Race Laws and Nuremberg Trials.

The gathering discussed the following themes:

2. The History of the Nuremberg Trials

3. The Holocaust, Genocide, and Human Rights: Universal Lessons for the Preventing and Combating of Mass Atrocity in Our Time

4. The Aftermath of the Holocaust in Europe

5. Justice After Nuremberg: What Have We Learned?

8. Poland and Holocaust Legacy: “The Legacy of Jan Karski”